In a rare show of bipartisanship, New York’s congressional delegation joined Thursday in demanding that Treasury Secretary Steven Mnuchin “immediately" restore millions of dollars that the Trump administration has withheld from the FDNY’s 9/11 health care program.

The unusual call for action came in a letter to Mnuchin signed by all of the delegation’s 21 Democratic members and five of its Republican ones — with Ithaca-area GOP Rep. Tom Reed being the only pol to opt out of the effort.

The letter came in response to reporting by the Daily News revealing that the Treasury Department has over the past four years withheld nearly $4 million from the FDNY’s World Trade Center Health Program, which bankrolls medical services for the city agency’s 9/11 survivors.

Spearheaded by Reps. Peter King (R-N.Y.), Carolyn Maloney (D-N.Y.) and Jerry Nadler (D-N.Y.), the letter says the Treasury Department’s money grab is keeping the FDNY program from providing “the medical treatment and monitoring that our 9/11 responders need and deserve.”

“We urge you to immediately direct your staff to release the full amount of these payments so that the healthcare and well-being of our nation’s heroes is not put at risk over an unconnected dispute,” the lawmakers wrote.

A spokesman for Mnuchin did not return a request for comment.

Though they’ve refused to go on the record, Treasury officials have previously said they didn’t dock money from the FDNY on purpose.

Rather, they said they had to do it by law to cover some of the city’s unrelated Medicare debt. The fact that the FDNY fund got caught in the middle, the officials said, is because it has a tax ID that matches the tax ID for the city’s Medicare debt, resulting in the collection proceeding by default.

Still, Reed “wholeheartedly supports” the effort to get the cash back to the FDNY, according to Sizemore. 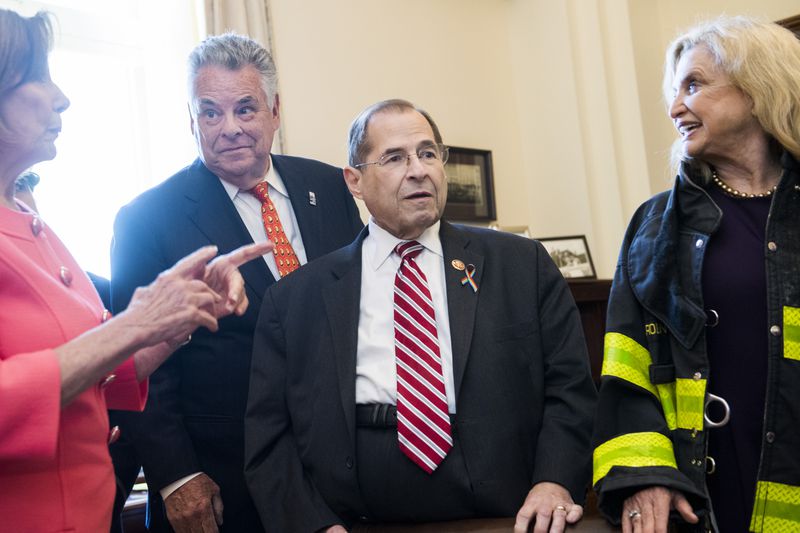 Reed’s colleagues noted in the letter that the withholding of money has gone on for years — even though the 9/11 program’s director, Dr. David Prezant, has repeatedly asked the Treasury Department for a reason without ever getting one.

“While we do not take a position on that dispute,” the lawmakers wrote of the Medicare debt, "we are unanimous in our belief that under no circumstances should funds meant for 9/11 responders be caught in the crossfire.”

The Mnuchin letter came one day after most of New York’s congressional Republicans spoke out in unison against the Trump administration’s FDNY fund fumble, including Reed.

Besides claiming the tax ID issue factored in, Treasury officials have said they only withheld $2 million from the FDNY fund — an assessment disputed by Prezant, who maintains the fund has been deprived of at least $3.7 million.

Rep. King, who’s helped lead the charge to restore the cash to the 9/11 fund, said the Treasury Department earlier this week sent him its differing numbers in a spreadsheet that he trashed as a waste of time.

“We don’t care what happened — we know it was wrong,” King said in an interview Thursday morning. “It’s like sending somebody an analysis to say, ‘This is how we stole your money.’ It doesn’t help us to get the money back.”