‘It’s their f---ing job to make sure that the FDNY gets the money’: NY lawmakers furious that Treasury took funds from 9/11 health care

The U.S. Treasury Department has claimed for a week that it was bound by law to take millions of dollars away from the New York City Fire Department’s treatment fund, but a review by the Daily News and by lawmakers irate over the vanishing dollars found that is not the case.

The Fire Department’s chief medical officer blew the whistle last week on $3.7 million that Treasury has docked from his funding stream since 2016, putting the effort to treat sickened 9/11 responders in a serious cash crunch.

Treasury officials began telling lawmakers, including in a letter to Rep. Pete King (R-N.Y.), that taking the money was a matter of law, required because unrelated city departments owe debts to the Centers for Medicare and Medicaid Services. It is not clear yet what those debts are.

The department did not note that its own website includes a disclaimer saying Treasury Secretary Steve Mnuchin has the authority to exempt programs from the offsets — infuriating lawmakers.

“The statute makes it clear that the secretary and his department have the ability and discretion to make sure that this program is made whole — they should use it,” Rep. Carolyn Maloney (D-N.Y.) told the News. 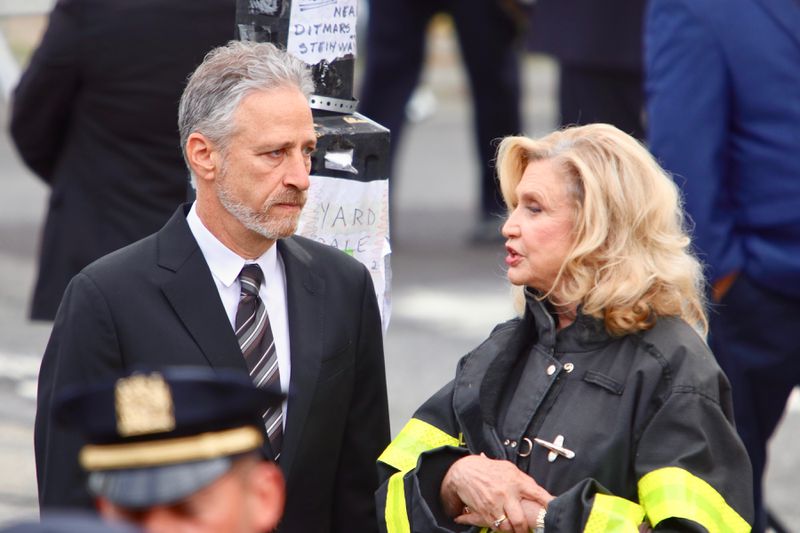 The bureaucratic language on the Treasury Department’s website explains it this way: “The Secretary may exempt other payments [from offsets] if the head of the paying agency demonstrates that offset would substantially interfere with Congress’s purpose for the payment agency’s program.”

Congress' purpose in creating the FDNY’s 9/11 treatment program was to care for firefighters and EMT’s harmed by their service at Ground Zero.

FDNY Chief Medical Officer David Prezant tried for years to figure out what was happening to his money. King got involved, and finally got a partial answer after writing to Treasury in June. But Treasury has not been able to identify much of the missing money, pointing to only about $2 million taken since 2016.

“It’s their [expletive] job to make sure that the FDNY gets the money, and they can find a way. It’s as simple as that,” King said. “The Treasury Secretary can do it, the administration can do it. And rather than have everybody try to jump through hoops -- just do it. I mean, I can’t believe that the federal government, if it screws somebody in the first place, can’t change direction.”

Maloney echoed his frustration. “It’s been three months since the Treasury Department was made aware that the department owed the World Trade Center Health Program millions of dollars. It is absurd that Secretary Mnuchin hasn’t yet taken action to rectify the problem,” she said.

She pointed Mnuchin in the direction to go, raising the point that the National Institute for Occupational Safety and Health — a division of the CDC that funds the program — certainly wants ailing firefighters cared for.

“He should immediately ask the CDC to instruct his department to make this program whole, regardless if the city owes the department money. This debt shouldn’t be paid on the backs of 9/11 first responders and survivors,” Maloney said.

New York senators also raised the pressure on the Treasury Department Friday, writing directly to Mnuchin to point out the law and demand a fix.

“While this problem might have started as an accounting issue, it has clearly become a conscious decision to disregard your authority to waive the automatic withdrawals from the firefighter health program,” Senators Kirsten Gillibrand and Chuck Schumer wrote.

“In light of the fact that you do have discretion, we request that you exercise your authority to exempt the World Trade Center Health Program funding from being seized and allow the funding to be sent to the program without any further delay,” they wrote.

Gillibrand said it’s the least the government could do to honor what first responders did for the nation toiling in toxic plumes after the terrorists attacked America.

“New York’s bravest firefighters and first responders made immeasurable sacrifices while leading efforts to rebuild and recover after 9/11, and for the Treasury Department to shortchange them is an outrage,” Gillibrand said. “The Treasury Department must immediately cease withholding critical funding for the health care needs of these heroes.”

Schumer called it “an outrageous finger in the eye to the firefighters, cops and other first responders who risked their lives for us on 9/11. This needs to stop forthwith and payments to the workers' health program must be made whole— and now,” he said.